Rimbey Bluffton Minor Ball Association offers a community program that allows players the opportunity to develop their skills and learn the fundamentals of the sport. There are community teams starting at Rookie level and continuing to Midget level. There may be more than one team per age group (Rookie, Mosquito, Peewee, Bantam, Midget). This program runs from mid April- late June.

There may be an opportunity mid-season for interested players to continue play into July and participate in an 'A' provincials. There is an additional charge for this.

Jerseys will be provided to all players upon payment of a $15 jersey rental fee (non-refundable). Players will be responsible for providing the following items for the season: Helmet, Ball cap, Baseball Glove, Baseball pants (grey), Running shoes or Cleats (preferred), Athletic Support (can), and Batting Gloves (Optional). 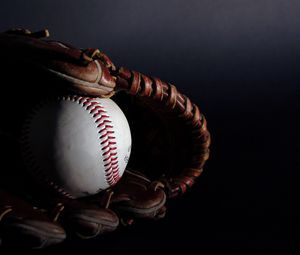 To serve as the Provincial sport body providing life an leadership skills for all genders through the sport of baseball while encouraging fun and fair play in all aspects of the game.

To promote and develop the sport of baseball in Alberta.

Baseball Alberta is committed to providing an environment in which all individuals are treated with respect. Furthermore, Baseball Alberta supports equal opportunity and prohibits discriminatory practices. Members are expected to conduct themselves at all times in a manner consistent with the values of Baseball Alberta. Members may be subject to sanctions according to Baseball Alberta's Discipline Policy for engaging in any of the following behavior:

Not complying with the rules, regulations and policies of Baseball Alberta, as adopted and amended from time to time.

Deliberately disregarding the Rules of Baseball as amended from time to time.

Showing disrespect to officials, including the use of foul language and obscene or offensive gestures.

Failing to comply with the conditions of entry of an event including any rules with regard to eligibility or advertising.

Failing to be available to meet reasonable requests for interviews by the media.

Any other unreasonable conduct which brings the game into disrepute, including but not limited to, abusive use of alcohol, non-medical use of drugs, and use of alcohol by minors.

By 1964, the Alberta Amateur Baseball Association began organizing baseball in the province at all levels from Pee Wee to Senior. The Provincial Government saw the need to provide travel funds for teams traveling to Westerns and Nationals in 1970. Very quickly baseball began taking off, as in 1971 there was already 104 communities involved with 539 teams registered.

In 1986 the Alberta Baseball Association adopted the name Baseball Alberta as its working name of choice. Today, Baseball Alberta is a leader in developing and promoting baseball on the Local, Provincial and National scene.

Baseball Alberta has been a National leader in developing items such as the Canadian Rule Book, the first National Baseball Week, Baseball Canada Pitch Counts, Girls/Women's Baseball, the NUCP and NCCP, the Respect in Sport initiative, the Rally Cap and Grand Slam Programs.

There are now close to 100 Associations registered with Baseball Alberta from all parts of the province and has over 15,000 players registered and playing baseball.  Baseball Alberta prides itself on providing the opportunity for people of all ages, abilities, and backgrounds to participate in the game of baseball

Manage your identity from the palm of your hand to the top of your desk.